The Kiip team used the survey management tool to create, run, and organize surveys on the Kiip network, collecting over 20 million non-incentivized responses in its first year. The resulting data provides key audience insights to guide the business as well as a valuable data revenue stream. 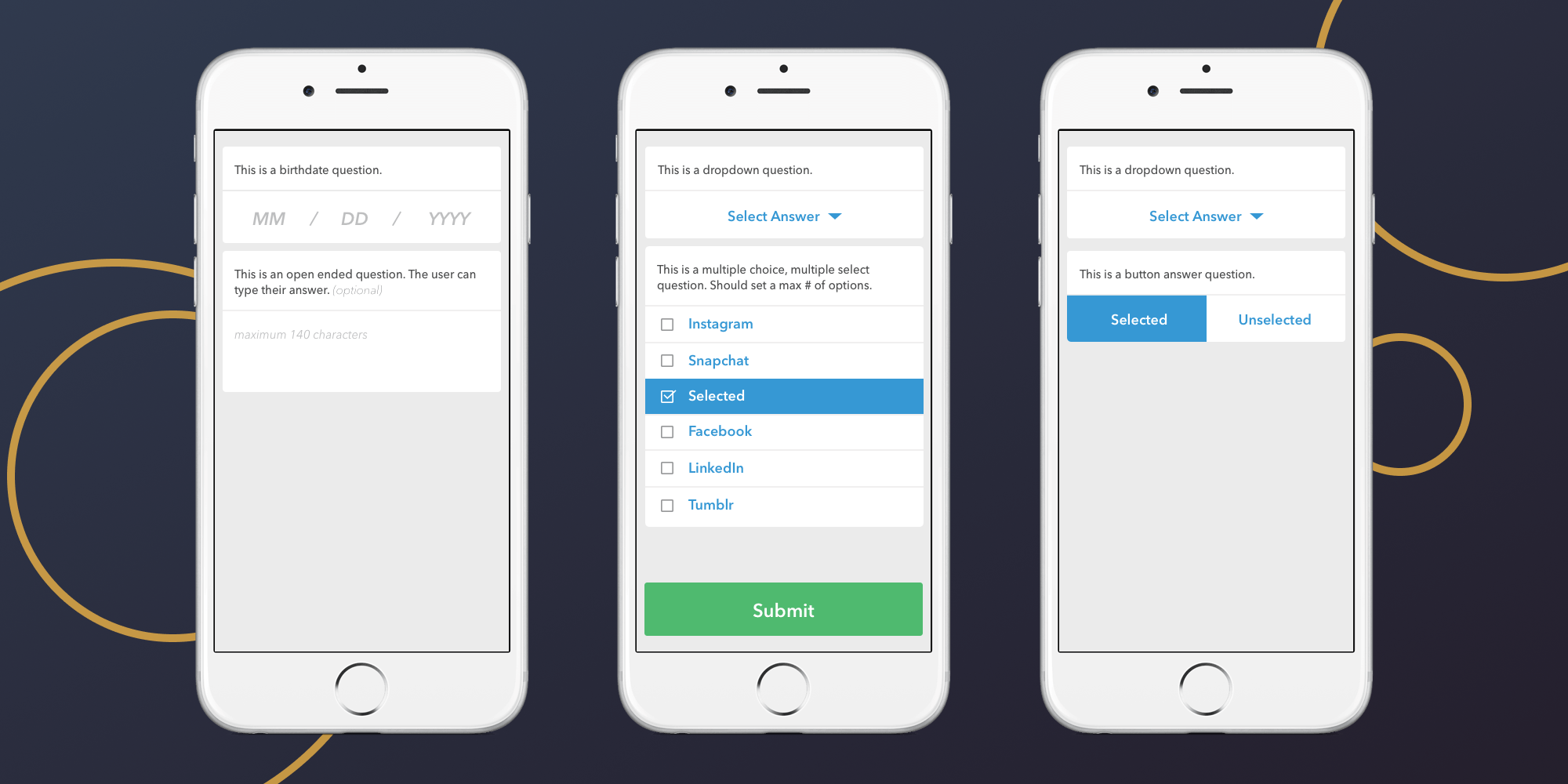 Like other companies, Kiip’s business depends on understanding users. Aside from analyzing performance data, the company also runs surveys to actively gain user insights. The exciting thing is that in early trials, Kiip’s surveys had a remarkably high response rate, so the team wanted to increase the survey run rate.

At this point there was no interface for survey management: each survey was manually implemented and managed by an engineer. Obviously, this was a point of friction, and the team wanted a better way to manage the many surveys. I was tasked with improving this workflow, so I designed the user flow and visualized the interface for a survey management tool in the internal dashboard.

The end goal was to have a tool in Kiip’s internal dashboard that enabled a team member to create surveys and manage existing surveys, effectively removing the engineering work from this step. If this was successful, we expected to increase the survey run rate and the number of responses collected.

In defining a minimum viable product, I first tried to constrain it to one page to force myself to stick to core functionality, but after walking through the user flow with the team, we quickly realized it needed to be structured into two parts in order to provide the core functionality and be able to store data cleanly. After all, being able to analyze the data afterwards was a key benefit for this product. 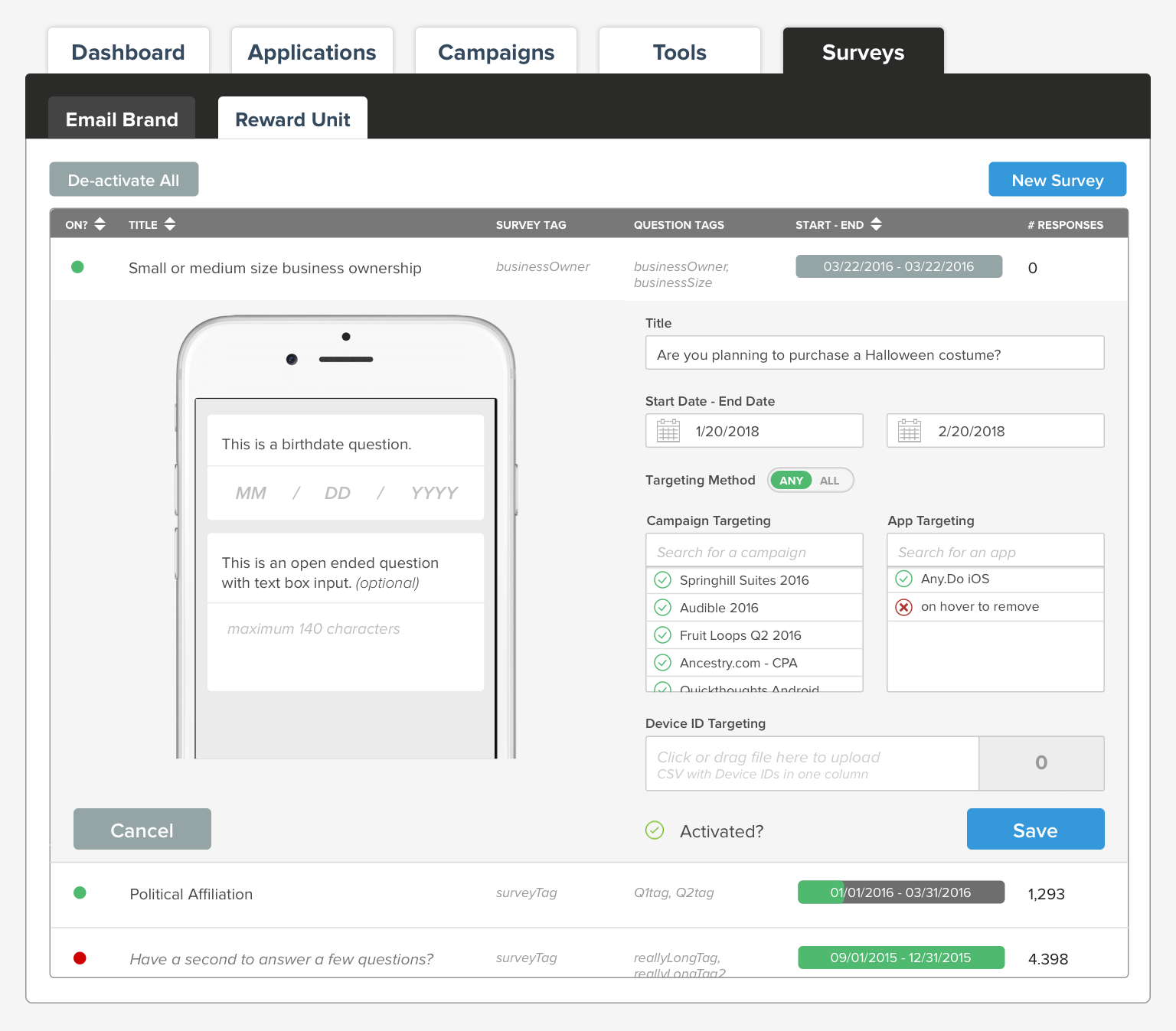 This was an overview page with an accordion of all the surveys. There was a lot of data that needed to be organized on this screen so the user could see the most important information right away.

The top level showed the survey name, active or inactive status, number of responses, tags, and dates. In the expanded view, the user could see a preview of the survey with questions visible and targeting options, along with the top level info.

To address the concern with data entry and organization, we broke down the survey creation into 3 steps:

Overall, the product was a success, collecting 20 million non-incentivized responses in its first year and allowing the marketing team to manage all surveys without engineering support. It’s been featured in eMarketer, Bustle, and TechCrunch.

As far as improvements, there is still a lot of manual work that could be offloaded to the tool. For instance, the survey is activated by setting start and end dates, which make sense for seasonal surveys, but some surveys should be set to collect a minimum number of responses. Ideally, I’d also like to understand how the end user’s experience is impact by the surveys to potentially build in notifications or metrics to inform the marketing team’s decisions.

Migrating the Button Team to Figma